We’ve just published a paper on how cells respond to heat stress.

We measured heat-induced protein aggregation and disaggregation in budding yeast, a beautiful and hardy free-living unicellular organism that grows happily at 30°C, gets stressed out starting around 37°C, and dies pretty fast at 50°C.

We discovered that aggregates of endogenous proteins that form after heat stress are fully reversible, form rapidly at specific locations, and in certain cases retain function and fidelity in vitro.

The behavior of endogenous, mature proteins in vivo does not match expectations from studies that use exogenous/reporter proteins or that focus on newly synthesized proteins. In those studies, aggregated proteins are often (but not always) degraded and generally lose their function.

What looked like heat-induced protein damage followed by triage and degradation instead looks like an orderly, evolved regulatory response.

Heat-induced protein aggregation has been seen as mostly physics, but (for proteins that actually aggregate during heat shock) it’ll turn out to be mostly biology. The vast majority of aggregation in the cell in response to heat shock will prove to be beneficial. And not just by preventing toxicity, the way amyloid fibrils are often argued to be beneficial, but by carrying out critical cellular remodeling functions.

For the science, there’s no substitute for reading the paper. Here, I want to talk a little bit about how to think about what’s going on in the cell, given our study and everything else we know.

Here is the idyllic campus of the Cellular Institute with its manicured grounds and main building. Happy workers (proteins) go about their often inscrutable business. 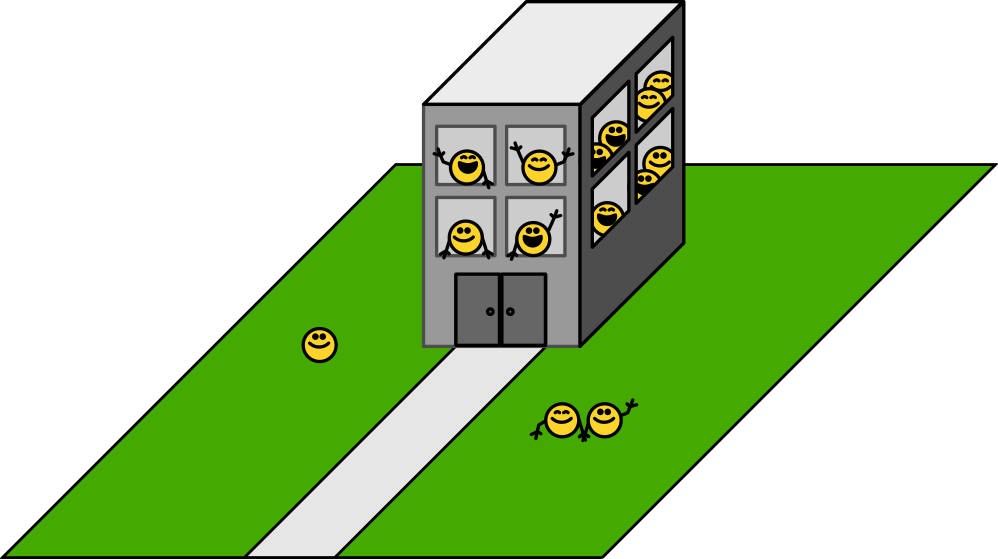 When suddenly: catastrophe. A fire breaks out. (Heat shock!) What happens?

What has long been observed—blurrily, as if from orbit, because our instruments aren’t so great—is that suddenly the workers move to particular places and gather together in big groups. 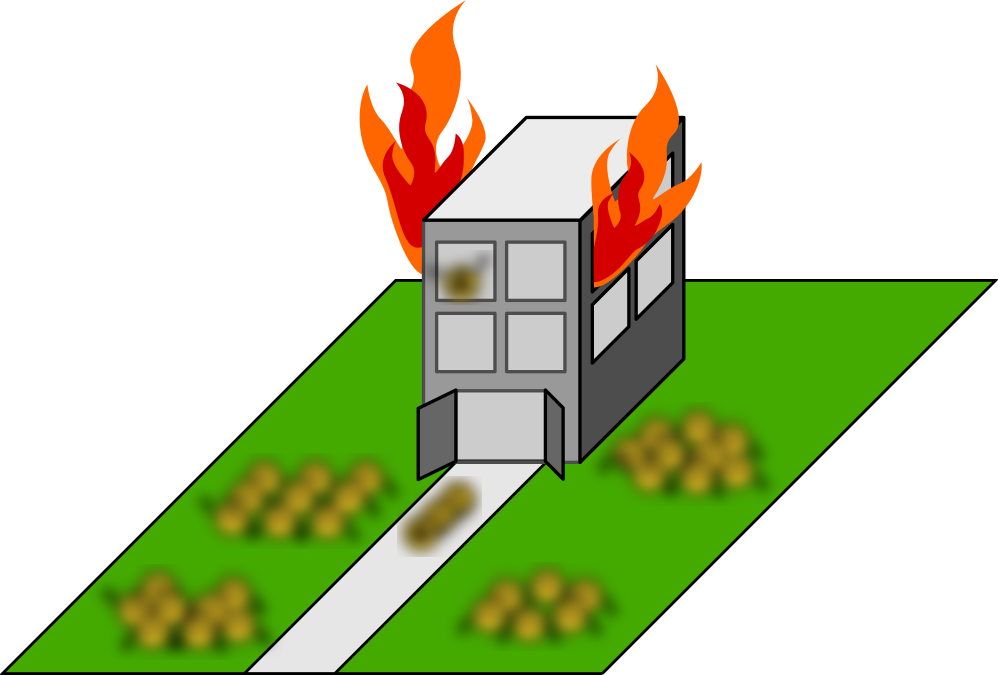 Then after a little while, emergency crews show up, and some time after that, everything’s back to normal.

So what’s going on?

Most previous work has guessed, for many good empirical reasons, that mainly what’s going on is that the workers are distressed, damaged, even dying. Workers clump together because—gruesomely—heat partially melts them and makes them sticky. Of course, these workers stop working. Some injured workers can be rescued; many of them are beyond saving. The emergency crews triage victims, rescue some, and dispose of the bodies of the rest.

The alternative is that the institute has in place disaster-preparedness plans. What we observe is those plans being carried out to the letter, and the plans for heat shock look like the plans for a wide range of other emergencies: 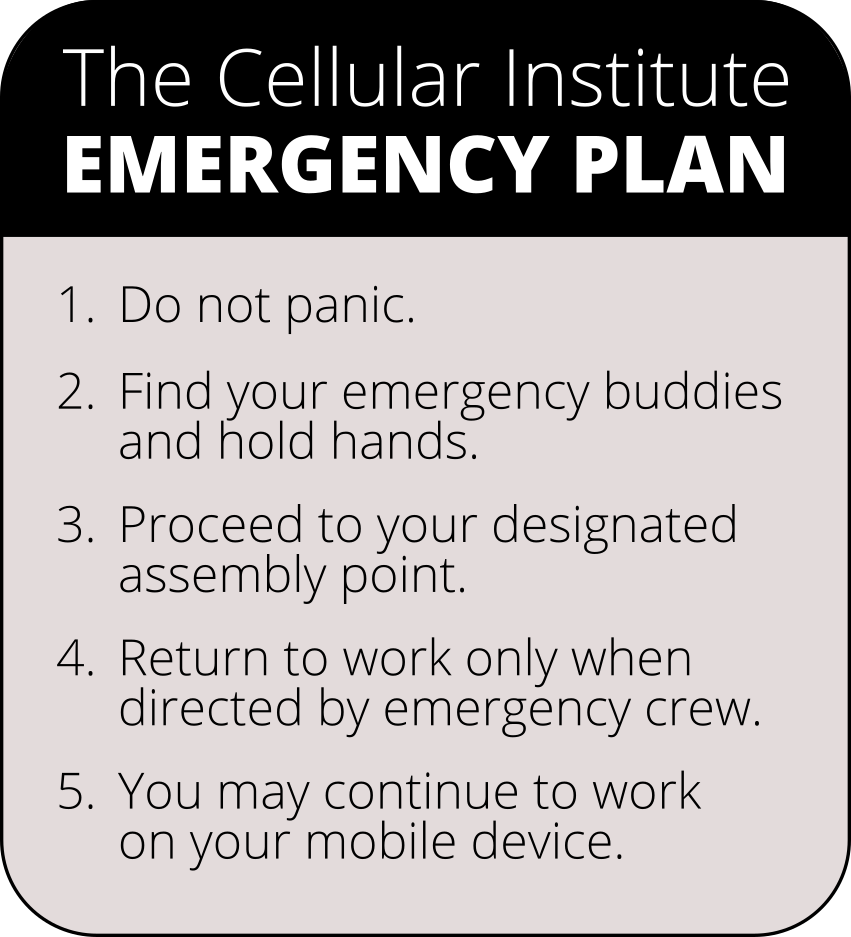 Some workers stop working, but not because they’re damaged, just to clear the way for the emergency crew. Others continue to go about their business. Those clumps are groups of workers calmly holding on to each other and collecting at designated assembly points. The emergency crew shows up and tends to the few workers who are actually injured. When they’re done, the crew helps the assembled workers let go of each other and return to their original jobs.

Our study provides evidence that this latter set of activities describes the behavior of most endogenous, mature proteins. Which is not to say that the damage-and-chaos stuff doesn’t happen! Rather, it happens mainly to newly synthesized proteins and to foreign, destabilized reporter proteins.

So here’s what we think is going on: 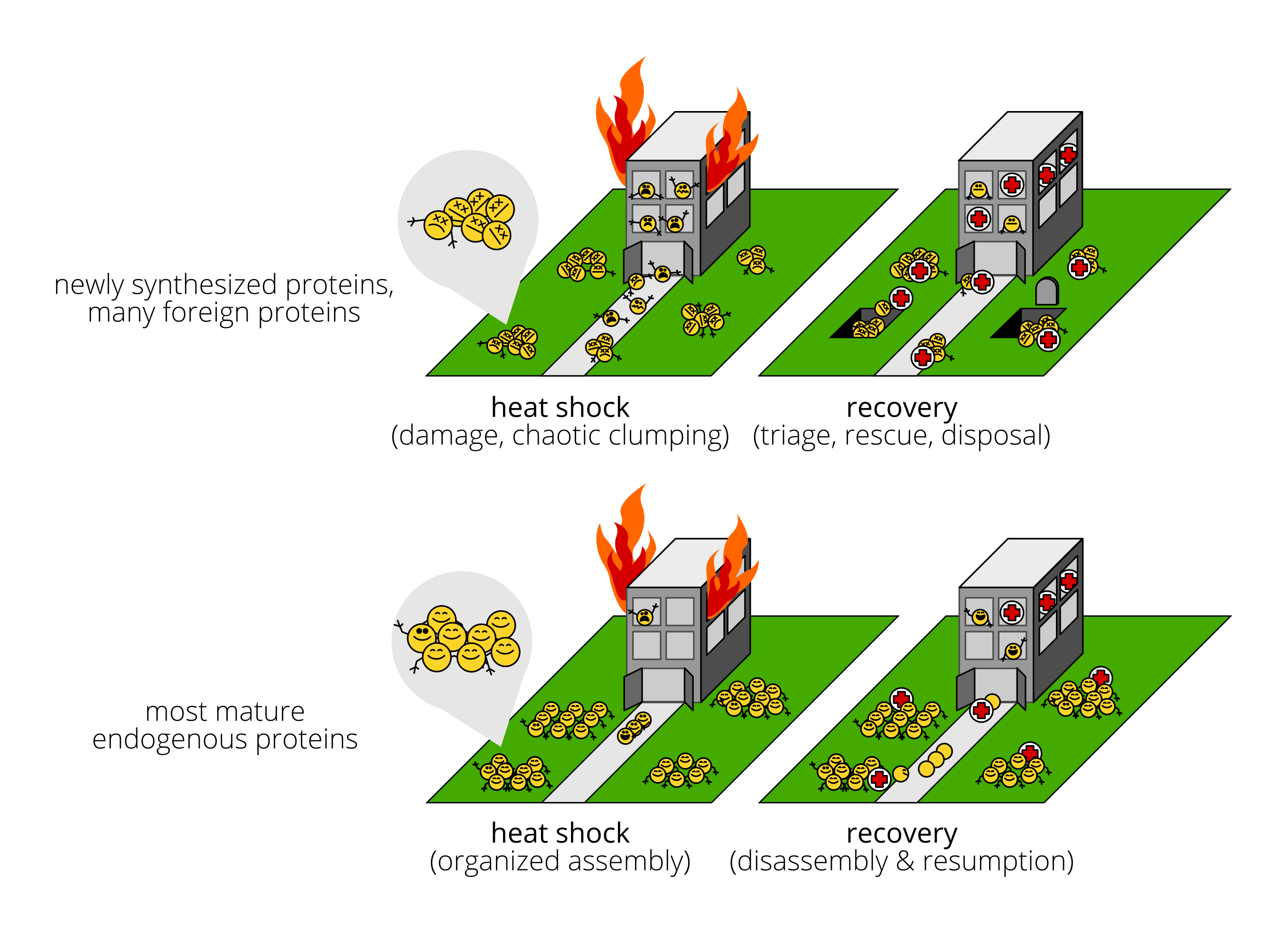 The “emergency crew” here is, naturally, the team of heat-induced molecular chaperones.

There’s much more to do, and we’re incredibly excited to share the stories coming out of this work. Stay tuned…